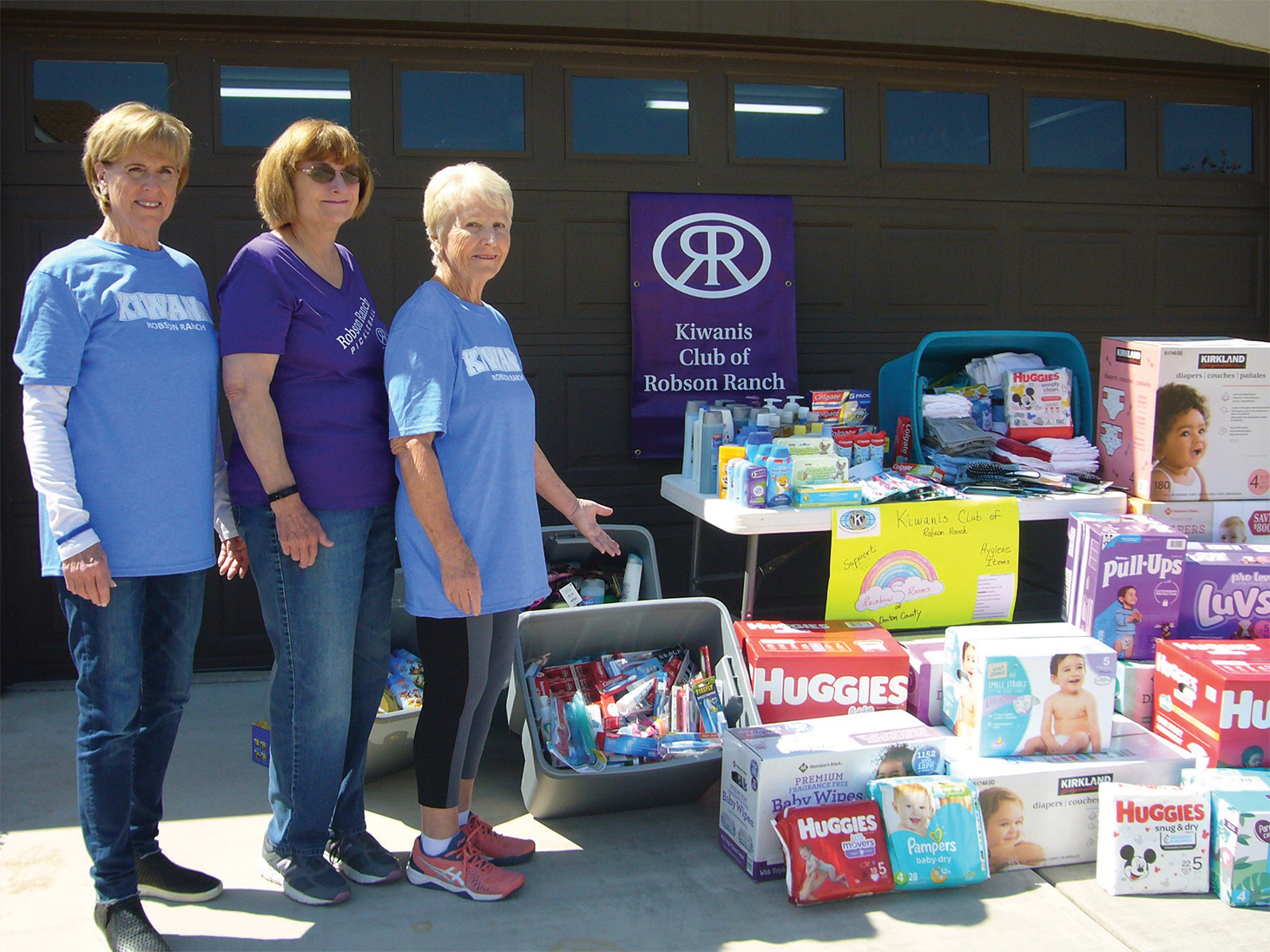 Marilyn Winter, Secretary of the RR Pickleball Club, along with Pat Hamblin and Chris Mershon, co-chairs of the Kiwanis Club Rainbow Rooms fundraiser and pickleball members show off the donations made by the pickleball members at their March 13 Shootout.

Yes, it takes a village, and that is exactly what we have here at Robson Ranch, a village or community that helps each other.

April is Child Abuse Prevention month, and the Kiwanis Club has set out to raise money to support the Denton County Rainbow Rooms of Denton, Carrolton, and Lewisville. The Rainbow Rooms provide much needed items for children ages 0 to 18 years going into the Foster Care system. They provide them with car seats, pack-n-plays, diapers, formula, new clothes, toys, books, school supplies, hygiene items, and much more. These children are most often removed from their homes because of abuse and neglect.

The pickleball members were given a list of hygiene items and diapers, size 4 and 5, to donate during their March 13 Shootout and they came through in a big way, along with a cash donation.

The Kiwanis Club again thanks the Pickleball Club for their support in making this project a success.