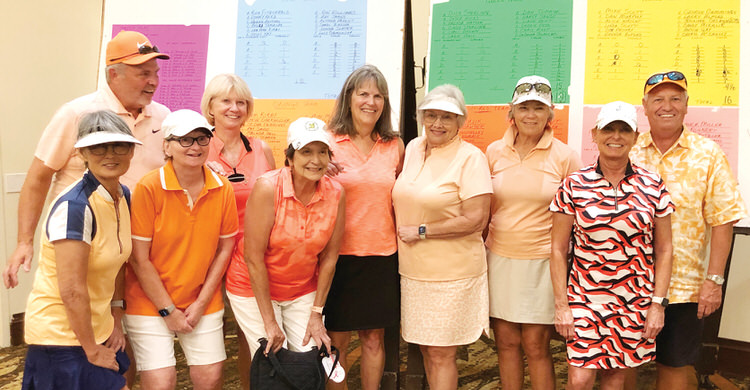 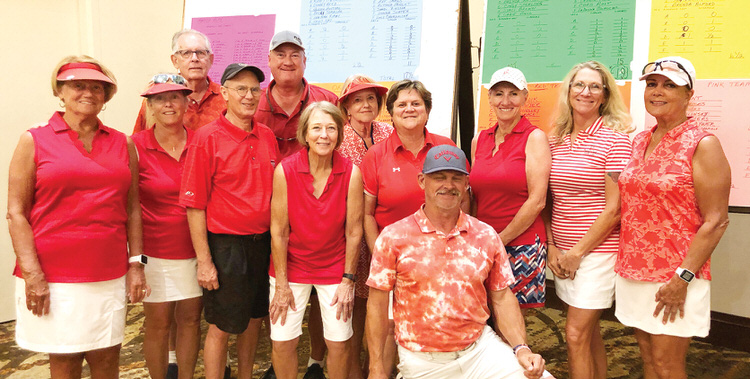 Sixteen years ago, Sallye Ortiz started a tournament in the Robson Ranch Women’s Golf Association with the idea that golfers would randomly form teams of 12 players who would be divided into pairs and play against other golfers with similar handicaps. The tournament would be called the Match Play Tournament and a team Champion crowned based on total scores after two days of play. In 2022, the teams were labeled the Blue Team, the Green Team, the Pink Team, the Orange Team, the Red Team, and the Yellow Team. Well, Susan Miloser and Gale Hicks guided the tournament this year and broke tradition when three teams played to a draw and were named Match Play Champs: the Red Team, the Orange Team, and the Green Team. But the organizers stayed with Sallye Ortiz’s tradition when the same lunch that was served at the first tournament was on deck this year—fried chicken, fried okra, and macaroni and cheese, topped off with banana splits. Hurrah for Red, Orange, and Green!