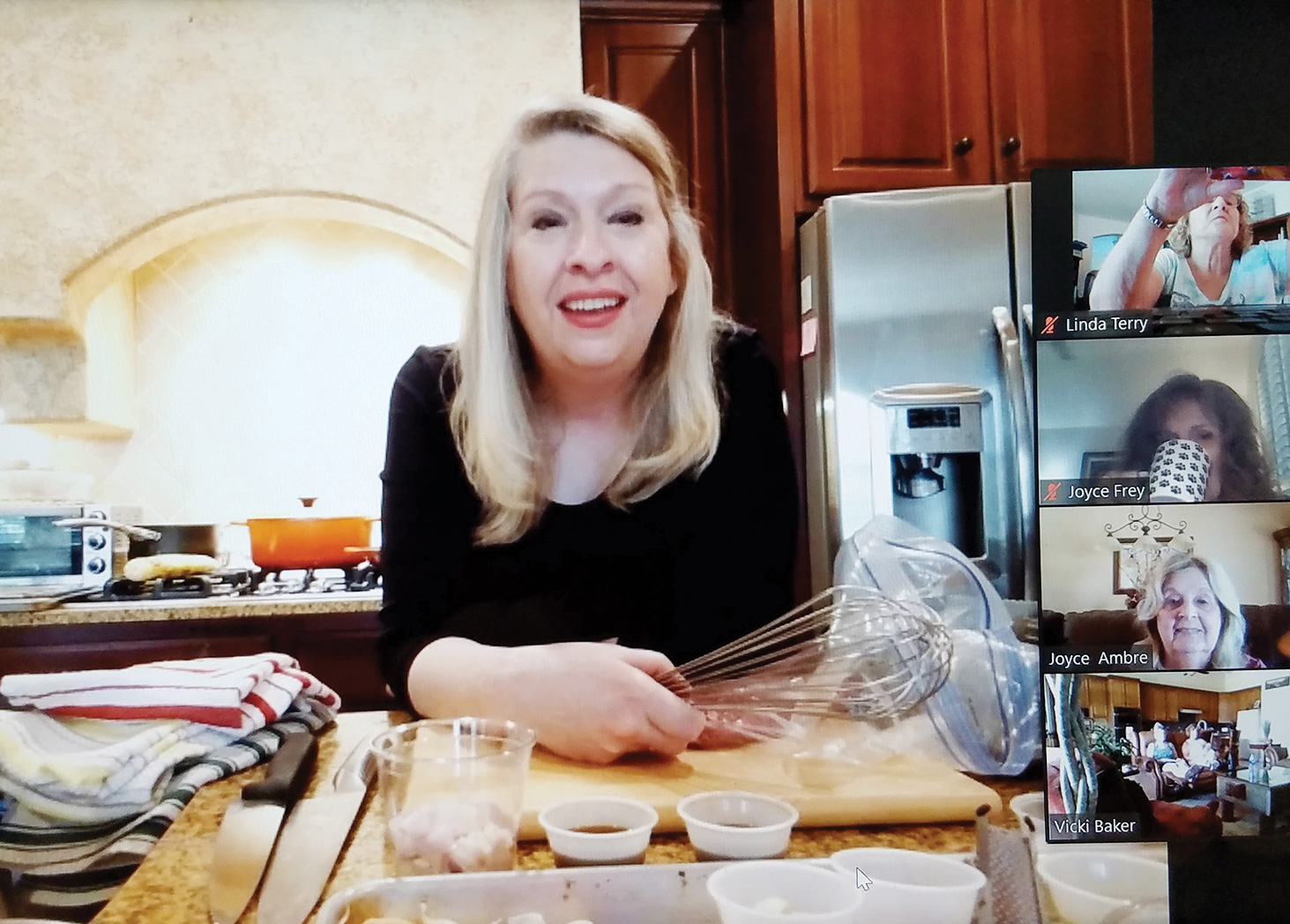 How do you attend a cooking class during a quarantine? Rockin’ Red Ranchers (RRR) had an idea. Carol Ritchie is a 2001 James Beard Award Nominee for “Best Local Television Cooking Show.” Her show is called “Cookin’ With Carol.” Carol is a recipe developer and volunteer spokesperson for American Heart Association cookbooks. Her motto is “Where there’s a whisk, there’s a way!”

Armed with recipes for two separate meals—halibut and flat iron steak— about 20 ladies logged into the Zoom class. Rockin’ Red Ranchers were initially unsure how the class would proceed.

What fun! Chef Carol Ritchie put everyone at ease with a relaxed and knowledgeable cooking approach while preparing two meals complete with sides and garnishes in less than an hour. Participants learned the French culinary term, Mise en Place, translates to “Everything in place” and the term GBD means “Golden, Brown, and Delicious.” Attendees reported the class “… was fun and I really did learn something!”